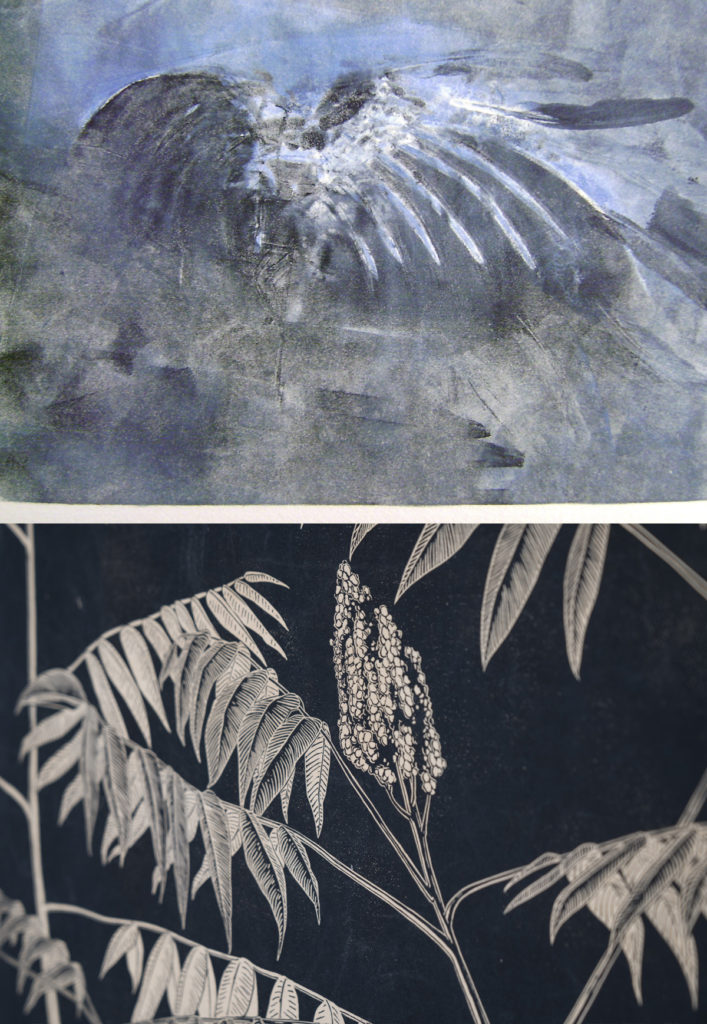 Lanesboro Arts presents “Confluence,” an exhibition of printmaking work by Dirk Nelson and Ian Hanesworth. The exhibit runs through December 15th, 2019. Always free and open to the public, Lanesboro Arts Gallery is open seven days a week through October and is closed on Mondays November through December.

In “Confluence,” artists Dirk Nelson and Ian Hanesworth bring together their divergent streams of work into an exhibit that acknowledges the ways these two artists have influenced each other. As Hanesworth says, the title of the exhibit “speaks to the co-evolutionary nature of our practices, our relationship as student and mentor, and of the riparian landscape that we both call home.” The mentor and student relationship between the pair of artists began with Nelson teaching Hanesworth printmaking techniques in Winona, MN. Both have then gone on to experiment with their own artistic practice, but the influence that each have on the other continues.

Nelson shares, “My goal for this show is to challenge myself to develop new work that explores new images and processes that are reactions to, and influenced by, the concepts and processes that I see Ian working through. I’ve never printed on cloth before and Ian has been working with natural dyes.” Nelson adds that “Finding ways to present and display works on cloth has become one of these challenges, as I’ve used fabrics that Ian altered to make some monoprints.” Nelson received a Bachelor’s in Art from Winona State University and also currently resides in Winona.

Hanesworth states, “I chose to exhibit print work in Lanesboro, because this is the medium that Dirk has been teaching me over the past six years. The prominence of textiles in my practice stems from being raised on a small fiber farm in Winona, Minn., as well as the influence of my mom’s artistic practice on my own.” Hanesworth elaborates,” I am drawn to relief printmaking and textiles because of the materiality of both mediums and because I feel grounded in the slow, repetitive labor of carving, dyeing, and printing.” Hanesworth is an emerging artist from Winona pursuing a BFA in Painting and Drawing at the Minneapolis College of Art & Design, but currently resides in Brooklyn, NY for a studio residency program.

This exhibit is sponsored by KTTC Television and made possible by the voters of Minnesota through a Minnesota State Arts Board Operating Support grant, thanks to a legislative appropriation from the arts and cultural heritage fund. 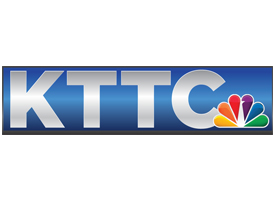