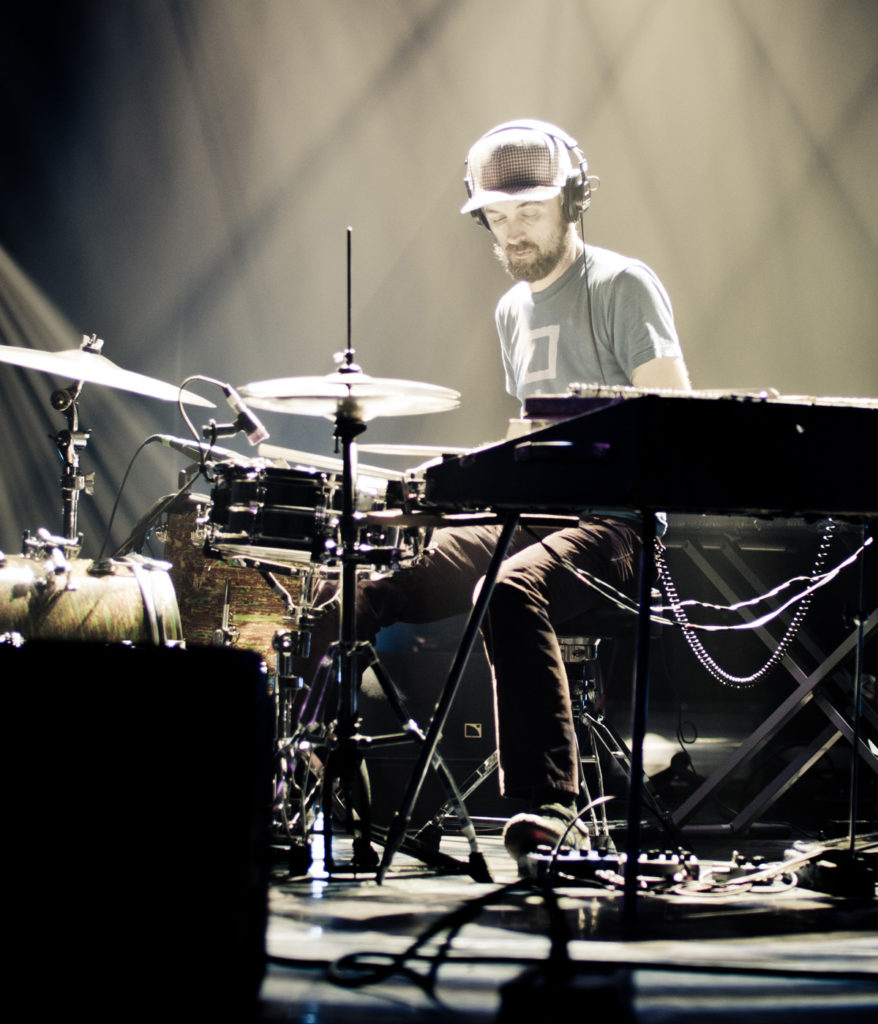 Join virtuoso multi-instrumentalist and one-man band Martin Dosh at the High Court Pub Open Mic Night with host Lydia Hayes on Thursday, January 23 beginning at 6:30 p.m. Bring an instrument, song or poem to share and enjoy an opportunity to collaborate with one of the Twin Cities’ busiest musicians.

Martin Dosh of Minneapolis, MN is a renowned multi-instrumentalist that loops and combines electronics with analogue instrumentation. He has spent 30 years producing his own distinct sound, as well as collaborating with an international who’s who list of rock, jazz, and electronic musicians. His primary record label is the Los Angeles-based indie Anticon, but he has also released much music on his own label, Dosh Family, since 2005. He is principally a percussionist who usually adds a Rhodes piano to his kit and uses other electronic devices such as samplers and looping pedals. He has been characterized as experimental/electronica due to his use of signal-altering devices in performance to allow him to create live solo performances using keyboards, tuned percussion, and drums.

Dosh often collaborates with other musicians in recordings and live performances, both as leader and in support. To date Dosh has recorded with Bonnie ‘Prince’ Billie, Fog, Jel, Odd Nosdam, Neotropic, Redstart, Vicious Vicious, Poor Line Condition, Lateduster, Why?, the Interferents, members of Tapes ‘N Tapes, and just about any Twin Cities band with a collective ear for good taste and experimentation. Dosh is a member of The Cloak Ox, a four-piece band featuring Andrew Broder, Jeremy Ylvisaker and Mark Erickson. He has toured extensively with Andrew Bird and contributed significantly to Andrew Bird’s albums, Armchair Apocrypha and Noble Beast.

Open Mic with Dosh is part of a mini-residency in Lanesboro as part of Lanesboro Arts’ Performing Artist Engagement Program, supported by the Southeastern Minnesota Arts Council. “Silent Movies in the St. Mane with Dosh” on Saturday, January 25 will serve as the capstone event of Dosh’s mini-residency. Thanks to support from SEMAC, a limited number of complimentary tickets to “Silent Movies in the St. Mane with Dosh” event are available to be used by Open Mic participants. For questions or more information, contact Adam Wiltgen at adam@lanesboroarts.org.

The Performing Artist Engagement Program is made possible by a grant from the Southeastern Minnesota Arts Council, thanks to a legislative appropriation from the arts and cultural heritage fund.