Site-responsive conceptual fiber artist from Norman, Oklahoma created a map-quilt with local stories and maps September 5 – 30, 2016 as Artist in Residence with Lanesboro Arts.

Heather Clark Hilliard believes that communities start with the ground they are built on and are deeply influenced by the surrounding geography. Her project in Lanesboro investigated the geographic core—which communities respond to, that keeps them resilient, and constructs one’s sense of place—through the use of the human iconography of geography, the map.

Utilizing a variety of material processes and substrates, Heather created a map-quilt imbued with time, place, memory and history that became a structural formation for both personal and regional stories.

There are several ways the community was able to contribute to the process. The first was to donate physical & digital maps of Southeast Minnesota to Heather, which served as the foundation of her project. She was interested in maps that represented travel experiences of residents in our region, in order to consider how our travel experiences influence and change the “place” we live.

In addition to sharing her artistic process and map-quilt experimentations at the Open Studio Potlucks, Heather cultivated conversations over local food about how place and art connect to one another.

She was interested in obtaining a deeper understanding of the cultural and geographical significance of the area—especially the Root River—which informed and influenced the construction and final look of her map-quilt.

Heather was particularly interested in residents’ stories and thoughts on what Lanesboro and surrounding the area have represented in the past, how this place has changed, and what the future could hold—and how technology may influence that. Interactive writing and mapping activities were also included as a way to contribute ideas and stories.

In some of her previous works, such as The Art of Understanding Place or Collected Color or the Chromatopia series, Heather has used vintage maps, or water and soil samples infused with collected plant materials from across the country, to represent our construction of place and development of community.

The historical connotation of quilts has also been a long-term investigation in Heather’s work, and can be seen in such pieces as Haunted Blues and Intersections. But as opposed to representing the external sense of place as seen on maps, quilts represent the internal, domestic, or private places that define intimate and individual experiences. Heather is interested in blending these two voices; the bringing together of public and private, by seeking ways to hybridize maps and quilts.

Good or bad, few can deny that technology has infiltrated almost every area of our lives. Heather sought residents’ stories and thoughts on how technology is affecting our sense of self, place, and pride in our communities, as well as those creative expressions that were historically documented through the making of domestic goods. One example is how our innate navigation systems are being impacted in unprecedented ways by increasing use of GPS and the slow demise of physical maps. Scientists are beginning to recognize how people are loosing their ability to orient themselves in any given landscape and are becoming dependent on virtual navigation systems to determine their locations. An additional example is how quilt making, a historically communal activity that brought together groups of women—often from isolated rural areas—is also fading from our lives and changing how we experience place on an intimate level.

For Heather, both maps and quilts are a visual experience of home, life, and community—produced by the hand for the eye to savor and the body to benefit.

Based in Norman, Oklahoma, Heather is a multi-disciplinary artist exploring the versatile world of conceptual fiber and site-responsive installations. In addition to an artist-in-residence exhibition at 108 Contemporary in Tulsa, OK., Hilliard has had solo exhibitions at the Oklahoma State Capitol Governor’s Gallery and at Oklahoma City University’s School of Visual Arts. Her work has been in dozens of regional and national exhibitions in ten states, including Amarillo Museum of Art’s Biennial 600: Sculpture exhibition in 2015 and Focus: Fiber 2016 at Kent State University Museum. A 2014 nominee for the Joan Mitchell Painters and Sculptors Grant Program, Hilliard has received Awards of Merit for her work, including a studio assistant scholarship to Penland School of Crafts and a 2016 CONCEPT Focus Artist Grant for her project Ossia. Her work has been published several times in Art Focus Magazine and in Surface Design Journal in 2014. 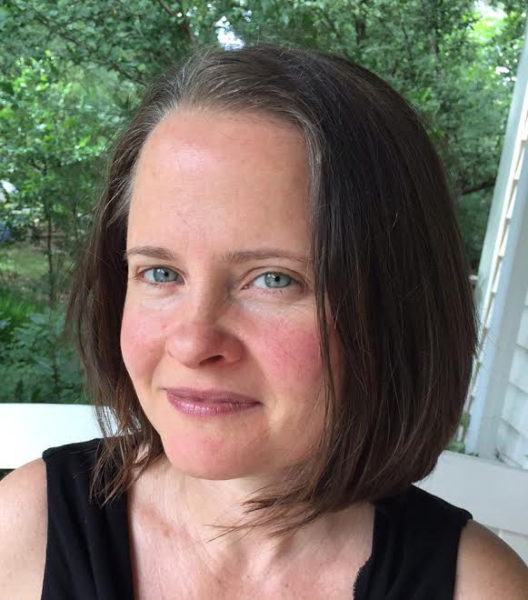